This Weeks Prompt: 97. Blind fear of a certain woodland hollow where streams writhe among crooked roots, and where on a buried altar terrible sacrifices have occur’d—Phosphorescence of dead trees. Ground bubbles.

The Resulting Story:George and the Generous Tree

Today, Mr. Lovecraft brings us to another familiar locale—one that might border those strange and poisonous worms we discussed last time. Here we have a forest, marred by some recent and unnatural tragedy—one that makes people avoid it out of fear of the poison it seems to breath. Perhaps Mr. Lovecraft meant to conjure the image of Satanic witch gatherings or folk druids or, in the colonial folklore, those wild places where Satan’s minions gathered. And there is something of that folklore here, contrasted with the more scientific terms of phosphorescence.

A Basque story, which involves a conspiracy among the sons and daughters of Heaven to murder a maid in the woods, makes mention of the Evil One’s arrival. He comes with the great beating of wings, and a foul smell spreads in the air. Poison falls into the rivers and trees begin to die at his arrival, even for a moment. This association, with poisoning of the land and monsters of Hell—such as the devil, but also more common ones like worms and dragons—is common in folklore. The presence of evil plagues the land itself, laying it to waste by merely existing.

Another set of stories comes to mind for this tale, however. That is the folktale of the Demon Tree. This tale type has a number of variations, which we will discuss, but in a way taps into the notion Lovecraft presents of an ancient sort of worship. The basic premise of the Demon Tree story is a man comes across a tree that is possessed by a demon. He goes to cut it down—only when he goes to strike it, the tree speaks and begs he stay his hand in exchange for wealth or power. The man obliges, only to return later seeking more gold and power under threat of the axe. How the story proceeds from there is the source of a number of variants.

A Slavic version, for instance, has the man ascend the ranks from cottager to mayor to lord to lord lieutenant, each time growing hungrier and hungrier for more power. At last, he demands the tree—specifically a lime tree in this case—make him the king. The tree however, begs he wish for something else or rescind the wish. It reveals that while all the other posts are assigned by men, the post of emperor is of course divinely appointed and thus cannot be given over by a tree spirit. The man insists—and the tree warns him that all he has asked for now will be lost, since he has reached too far in his hubris.

Another instance, however, has the man worry about his worship of the tree for gold. In this case, he had first come to the tree as its worshipers were sitting in his field and preventing his grass from growing. He goes to chop it down, but is offered gold to let it stay. What moves him to reconsider, however, is the sudden spike in deaths at his manor—household staff and family members begin suddenly dying. Eventually, he consults the Sanehedrin—the tribunal of the Jewish people. They advise he cut down the tree, sell whatever he bought with its gold, and all will be well. Sure enough, after doing so, his crops produce a great yield and he finds gold beneath the trees roots!

An instance of this story occurs in China—although the story is from a Persian text—with a Sufi finding people worshiping the tree. This tree is unlike any other—it is a direct descendant of the trees in Eden, it is vibrant and young while still venerable, and it is so wise and holy it can speak! The Sufi reproves the people for worshiping it, and goes to chop down the tree as a false god. The tree offers him gold every day in exchange, and wins the Sufi’s patience. One day, however, the tree stops paying. The Sufi returns and says that now that there is no reason to keep it alive, he will kill it. The tree reveals in turn that this is a lesson—that what brings good can bring harm, and that one should take the good and bad in life without lashing out crudely. It thus survives the tale, as one of the rare holy speaking trees. 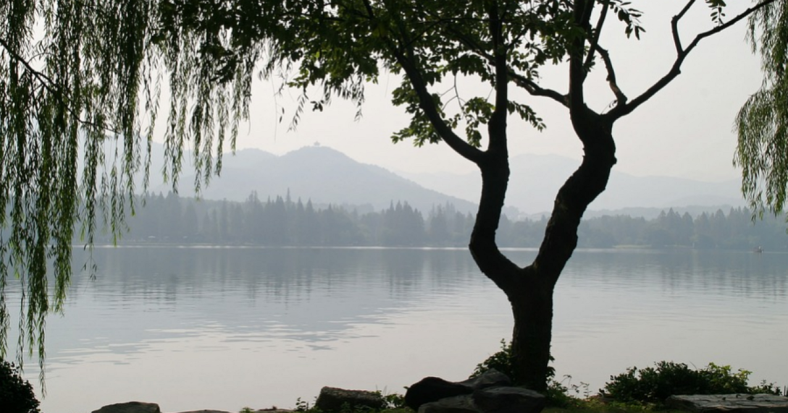 Another story placed in China, but originating from Arabia, concerns a tree. At the ‘far end of China’ live a group of rather unwise people. A farmer has planted a tree in the mountains, and it has grown so magnificent that the people have started worshiping it as the Israelites worshiped the Golden Calve. The devil sends a jinn to possess the tree and speak from it. A wandering Sufi comes across this situation, and like before, sets about to destroy the tree before being paid off. The tree eventually ceases paying, however, and the Sufi returns anew. This time, however, he finds the Devil less afraid—before he came for righteous intentions, now he comes out of greed.

A tale from Burma tells of another possessed tree—in this case, a man after death becomes a tree spirit and goes to a tree to inhabit it. Once he arrives, however, he finds its already inhabited. The two spirits decide that who ever comes and worships them first will have the tree.  The man went and appeared to a friend, asking him to come and worship the tree so he would win. In exchange the man would make him rich. The friend agreed, and the man won—but forgot his promise. The friend thus brought an axe and nearly cut down the tree. The man then promised quickly to make him rich, by turning into a horse and winning races for him. However, the horse only wins the first race—the friend loses everything on the second and third. Next the man turns into an elephant to be sold—but again, things go amiss. The elephant begins to shrink, slowly turning into less worthy animals before vanishing.  This gets the friend imprisoned by his customer. When he is finally free, he goes and chops the tree down—only for the spirit to have long abandon it. 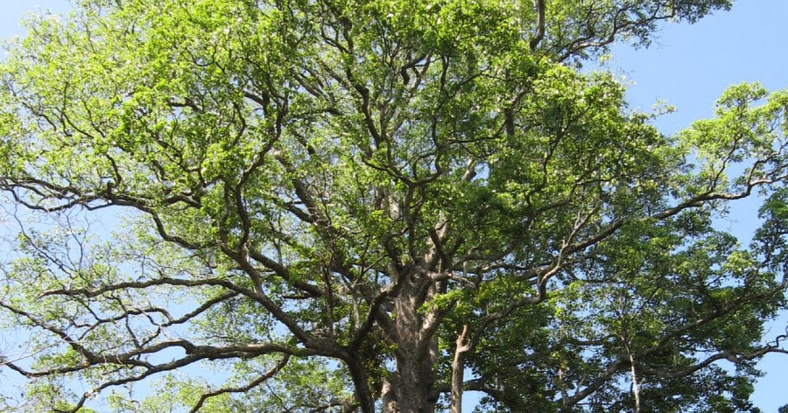 Other forest spirits to avoid, however, can come to us from the Slavic regions. There we find the Jezinkas, a group of forest spirits that tormented shepherds. Taking the form of young maidens, these spirits would come up to shepherds and other travelers offering an apple. Those who ate it fell asleep and awoke to find their eyes stolen—kept in a pile in the lair of the sisters. Eventually a young man came and resisted the offerings of the Jezinkas, extorting from them the eyes of his elder. Two of the spirits died in the river for refusing to find the proper eyes, but the youngest survived—albiet fleeing to some other haunt.

The Wood Lady is another such spirit, although her danger is difference. She danced with a young girl in the forest, distracting her from her work but entertaining her all the same until the sun went down. The young girl’s mother was enraged that she hadn’t finished her spinning—until, after the third day, she revealed the Wood Lady’s presence. The Wood Lady had sent her home with a gift this time. The basket she gave appeared to be leaves, until she got home and found them gold. We learn then from the Mother that it is fortunate the girl met her, and not one of her brothers—wood ladies are not kind to young boys, and dance them to death when they met them.

I feel there is some subtext there, but I’ll leave it be.

All of these stories, however, play with the notion of the woods as a place of both temptation and dread. It is a source of things—we can consider, for instance, that both worms and the trees effect the production of the world around them. While I’ve focused on trees here, instead of the woods as a whole, I think the presence of an unnatural or strange tree—especially one possessed in the way the demon trees are—is a good source for the strange and haunted nature of the landscape. The bargaining for power provides some tensions and conflict—the benefit of the individual vs the community, especially if the trees gifts are not as innocent as they seem.

I think we have an excellent source of a story about greed, community, and bargaining. I think the basics are rather straightforward and somewhat satisfying with this story—but how the specifics take shape Oddly, the stories I found remind me of a more recent and somewhat noxious child’s story, the Giving Tree.  I do wonder if Shel Silverstien had heard one of these tales when writing that one. It does somewhat remind me of the Lime Tree in the Slavic tales, albeit with no comeuppance.

Kushelevsky, Rella. Medieval and Oral Variants of the ‘Tree Demon’ Tale Type (AU 1168B): Literacy and Orality in the Study of Folklore.  Taylor Francis LTD. Folklore, Vol. 124, No. 2, August 103.

One thought on “Growing On Trees”