This Week’s Prompt:94. Change comes over the sun—shews objects in strange form, perhaps restoring landscape of the past.

“I think it’s finally stopped.” I heard Joesph say. We looked up from the poker game and canned beans. The fire in the fire place was still going, but the corresponding pitter patter of rain had paused.

“Check to see the visibiliy levels, John. Mary, see if you can see the flood waters.” Joesph said, looking out the window to the sky. We sighed.

“Right when I’m winning.” I muttered, going up to the attic. Our house was pretty high up, compared to everyone else. It was a pain when we had to walk up the stairs, but well. It was handy lately. From the roof, I could see the water that went out in all directions. The street was normally chock full of cars smashed together into damns, bits of wood, and the occasional gas fire rolling by. On good days, it receded low enough for us to get a boat out, and grab some supplies that hadn’t been lost.

Today, however, was a better day. The clouds overhead—the clouds that hadn’t moved for the last six months—were breaking. And below, I could see the tops of all the reefs.

“Its going down!” I said, running down to Joseph.

“Fog banks mostly rolled back too.” John called up. “We can definetly go for a run…and…”

“And I saw a bit of the sun!” I said, pulling on a heavier jacket. “God, I never thought I’d be happy for a sunny day.”

It didn’t take much persuading, really. We practically bounced to our crude row boat, heading out onto the streets. The reefs took some navigating—the car mirrors or broken glass from windows and occasional empty beer bottle meant we needed to navigate some. But the bigger issue we found was the water.

The water lowering was great in general—it meant this stupid storm was over, and the damage could be reckoned with. Schools could maybe start opening. We could check in with friends we’d only spoken with over improvised wire phones. Power could come back. And we could have some proper cooking for once, instead of burning dried drift wood for a fire. And plumbing. God I missed plumbing.

But the water lowering also meant some areas we used to row over now were grounded. It wasn’t a fast problem, but pushing our little ship up and over took some work. And it’s…amazing how different a place looks in the sunlight. “It’s almost pristine, isn’t it?” I said, looking at red plastic Movie Theatre sign. The black letters beneath had been scrapped off, and a lot of the glass was smashed. But in the sunlight, pushing away the ever present mist and fog, I could almost read it.

“I mean…it looks nicer. Still a lot of seaweed on it.” Joseph said, pointing at the green growths that had spread over a lot of it. “Or algae or soemthing.”

The other thing I’d never noticed before? How much stuff was in the street. I mean, garbage yeah. But the sunlight shone through and for the first time I saw shapes clearly. I don’t even know the names of half the things I saw, swimming and crawling in the dirt.

“Think that’s a sea snake—be careful, those things are venomous.”

“Why didn’t we try fishing?” I muttered as we passed a large fish with red-gold scales, swimming and nibbling on a road sign.

“Because we don’t want to know what they’ve eaten. Same reason we boil water before drinking it.” Joesph said. John yelped as we drew near an intersection, and pointed down the street.

“What is—oh God, what is that?” Joseph said. Looking over, I stared at what was Main Street. The cloud cover had completely dispersed.

It was like the buildings had emerged from some cacoon. The ruined concrete and broken brick work was replaced by soaring carved marble and steel. The sky scrapers were carved with vast statues, arms reaching across to form bridges. They seemed to twist upward, spiraling instead of running straight up. The windows looked carved from coral, little portals inside. I could see other ships down the waters—the flood hadn’t sunken that much here, but the mist had given way to a thin green shine.

“This…this wasn’t here before.” I said, staring out on the soaring structure. “Should…should we check it out?”

“I mean, we have to right? Meet the new neighbors, all that?” John said, looking at the giant buildings with some trepidation. 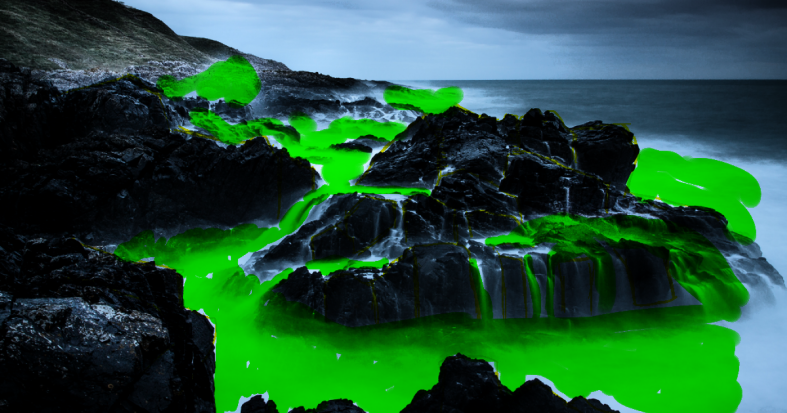 We rode the water down—and the sun was so bright. I guess my eyes hadn’t adjusted. The streets were full here, with high sidewalks we drew close to. There were some moasaics along the walls, and the people…they looked different. They looked taller, lankier. Most were wearing the sorts of clothes I had only seen in fashion shows. Long capes, dresses with high collars that wrapped around the mouth. Glittering gold and blue and green, reflecting back the green sunlight.

We could hear people talking, but I couldn’t understand a word they said—it sounded sing-songy. Birds with brilliant feathers flew over head, like some sort of peacock crow. It was as I looked around that I saw my hands—my raggedy hands slowly taking on a dimmly green sheen, the ship swelling into one of those big Venice canal boats.

“Joseph!” I said. I think I said. I didn’t know my own voice. “Joseph I think we should go back.”

Joesph turned away from the sun—his face looked avian, with round eyes and a sharp nose, and gold dust spreading under his fading eyes. Even his teeth where changing, turning sharp as he frowned.

“What are you talking about?” He said, his voice a bit lower pitch. His voice was shifting midspeech. 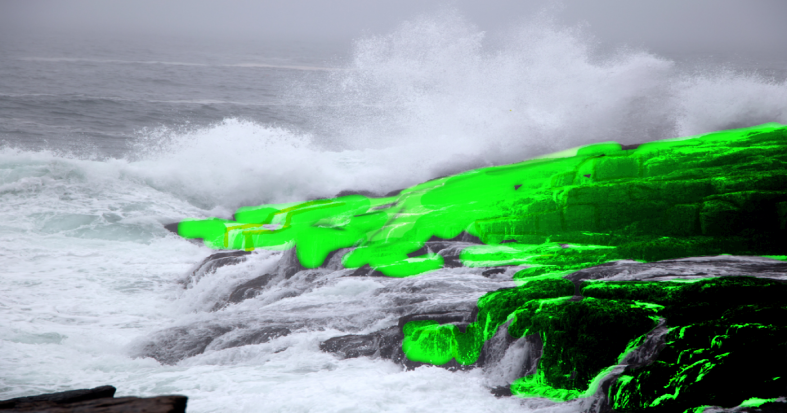 “Valenth, what’s taken you this day?” I heard John say. My head hurt—a migraine building in my head . I got those when the weather changed. I had wondered when the storm would—no the sun was what had changed, not the storm. The storm had just ended, the sun was wrong.

“We. We should head back. Something’s wrong with…” I looked up at the green sun shinging through the mists and hazes. Brass ships soared overhead—and a cloud drifted by. It was small, a wisp of the storms that faded from my mind. Clouds were rare in Balon—more common in the windswept north, but even then they were usally thin and misty things. But there it was, casting a slow shadow across the river. I looked and saw the green glass of the river turn to mud and wreckage. How strange the effect shadow can have on the senses.

And as it swept over us, our large ship was a rowboat. Our finery and changes vanished. And for a moment we were back to ourselves.

We rowed fast to keep up with the shadows, towards our old home. The water was still receding—and the clouds breaking. We had to abandon the boat and run along the edges of the buildings. The sun light broke in patches. Sometimes in front of us, sometimes behind, always turning what it touched into a strange bubbling brass mess.

Our home was high up—the waters never reached the top. They were gone from the entrance now, as we stumbled and panted through the doors. Homeward bound—up the stairs. Being high up was always bad when the power was out. The green light streaming in shifted the ground behind me—all gold piping and swirling shapes. The stairs flickered into ramps and back again—landings appeared and vanished. I slipped on steps that were gone the next moment and back the next as the clouds bought us a little more time. A little more time.

We didn’t make it to the top. A window cast over the stairs—and a door formed there, bright red and without any seams. I got there after Joseph, who was just slumped against a wall next to the window. We slumped together there, watching the wall as John came in. A bundle of freezing people, hiding in the shadow. Watching with dread as the dawn began—as the light inched its way closer along the wall and windows opened up above us.

This story took a bit to develop, and I think it’s not entirely finished still. I thought the image of sunlight breaking through a storm was more powerful then a gradual rise—as well as adding drama to avoid or approach the light. The idea of some…new age came from Aztec stories, but doesn’t entirely jive with revealing past scenes. I think making that more explicit—or beginning in the fantastic setting and having the clouds cause flashes to the apocalyptic flood visions might have worked better. I think the horror of slowly losing your self to a cosmic change, one as all encompassing as the Sun, was the way to go. I also…apparently find the color green strange and frighting I think. I’ll have to check earlier stories, but it seems to be a theme. Aw well, a note for the rewrites next year! In the mean time!

One thought on “The Green Sun”