The fear of being frozen alive is a rather common and profound one. We have here that, combined with the common fear of sleeping in—albeit more extreme then my nightmares of waking up and missing a class I’ve never registered for. We covered a large amount of sleeping stories fairly recently in our research, so for this time around I’m going to focus on creatures of frost and avatars of winter.

One of the most famous of these is Father Frost. His most famous story stars the classic trio of a stepmother, stepdaughter, and daughter. The daughter is mistreated and sent out into the cold alone, and encounters Father Frost, who lowers the temperature around her. As he does so, he asks again and again if she is comfortable. The daughter says she is, no matter the chill—and her perseverance and kindness touches Father Frost’s heart. He thus leaves her with many gifts, beautifully dressed and alive.

The stepmother, seeing this, grows enraged and tries to get her own daughter the gifts. However, her daughter—as is tradition in these stories—is cruel and rude to the terrible embodiment of the Winter itself. So she freezes to death, and the wicked stepmother learns it was due to her own envy.

A similar story comes from the Brothers Grimm, who tell instead of female spirit. Like many spirits, this Mother Holle lives at the bottom of a well. The daughter in this story arrives when she chases her mother’s pin down after being dropped. There she is instructed to fluff a pillow, until feathers fall out and cause a blizzard to occur in the real world. Like the Father Frost story she receives vast rewards for her good service—and her sister receives wicked treatment for her laziness, covered in pitch. In both these stories, an animal announces the arrivals.

A more memorable wintry god comes from the Netsilik—one Narssuk. Narssuk was born of giants—both his parents fell in battle, and so he remains an orphan. He was so large, even as a babe, that four women could sit comfortably in his lap. He eventually ascended to the sky, and became a wicked spirit with power over blizzards after he was mocked by humanity. It was only by sealing him in caribou skins—which grew loose whenever women kept their monthly period secret—that bad weather could be averted and humanity saved.

South of the Netsilik we have the Chenoo. The Chenoo is notable for a few traits—they are capable of taking on vast and terrible shapes, are skilled in many magics and can see very far, and have a heart of solid ice. Not just ice! Often ice so cold, it must slowly warmed to melt. One story specified that the ice was so cold, it was as cold compared to normal ice as ice was to fire(for those inclined, some quick google suggests that would be…negative 508 degrees F, well below the temperature of liquid nitrogen). In two of the three stories I found, the Chenoo prove at least aware. In one case, a daughter was afflicted with a heart of ice, and as she began to change, revealed to her family that she could be stopped by shooting her seven times. After seven tries, her heart was finally shattered and her body destroyed.

Another common feature of the Chenoo is the notion that female Chenoo are larger and stronger then their male counterparts. The sound of Chenoo fighting, described as a lion’s roar but higher pitched, is lethal to all who hear it. They dislike warmer climates, and frequently head north during summer—in one story they are weakened explictly by the heat. They also regualrly engage in cannibalism—one record accounts for them eating each other livers, while another says they instead eat the icey hearts of their fellows to grow in power.

Back to the Inuit are the Mahaha, a demon that pursues its victims in cold weather. It’s touch is freezing, and it has long claws worthy of a strange demon. It’s method of murder is…well, not that strange given it’s touch is the threat, but it tickles it’s victims to death. Like DC’s Joker, the Mahaha leaves its victims with a twisted smile (I wonder if the name sounding like laughter is a coincidence).

The Yuki Onna from Japan is another snow spirit, although she has various origins and roles depending on the prefecture. The Yagamata prefecture has a tale of her as a lunar princess, who was trapped here when she descended and becomes visible with the snow. Aomari, Nigata, Miyagi prefectures record her isntead as a vampire—and fitting our interest in freezing to death, she freezes her victims and then sucks out their vital energy. 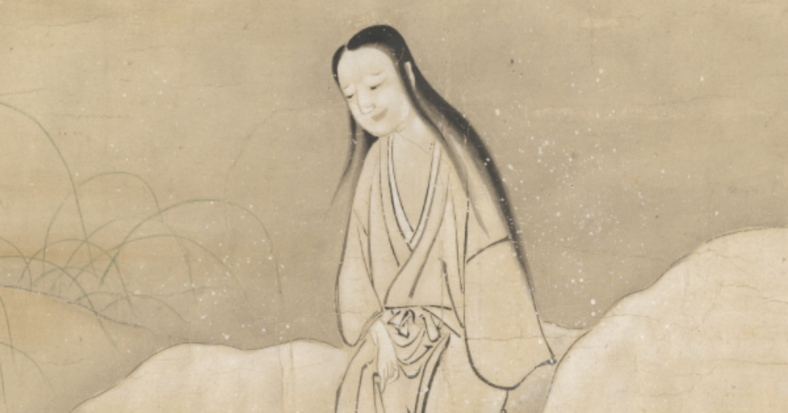 Also from Japan, there are a pair of related stories about winter and freezing bodies. There is the Tsurara Onna, a woman who comes into being when a man looks at an icicle and wishes for a woman as beautiful as the icicle. And sure enough, a woman of that sort arrives! The two get married and live the winter together—although inevitably, tragedy comes to them. In some versions, the husband draws a hot bath for her or asks her to fetch hot sake and…well, she is an icicle bride. She sadly melts. Another version has her vanish in spring. The husband then pursues another woman and they get married. Unfortunately, his icicle bride returns in winter. Learning she’s been replaced, she lures her husband out to the open—and impales him with a large icicle.

The related spirit is a snow child. Called Yuki Warashi, a child formed by an aging couple. The couple regrets having no children, so makes one of snow. Like a certain other story, the child comes to life. Like the icicle woman, it comes to the couple seeking shelter from a blizzard. And likewise, it stays until spring, where it wastes away. However, in winter, the boy returns, red cheeked and fat—and does so for years after!

And one last Japanese spirit (I found a wonderful resource here on this topic: 7 Snow Monsters of Japan) is the Yuk Jiji, the Old Snow Man. A powerful spirit, Yuk Jiji rides an avalanche down mountain sides and roads. The longer his avalanche, the better the harvests will be when he stops. In other prefectures, he acts as a foe in the forests, attacking and misleading travelers as they try and cross the mountains. In a handful of stories, the Yuk Jiji has his origin in a frozen body, re-incarnated as a spirit.

Our winter spirits are thus a varied lot, but their motives are often oddly similair. While some weaken with winter, many show signs not only of passionate and friendly relationships, but of familial closeness. This informs some of my idea for our scene—a long winter sleep, in a family home, awakening to find all the rest dead. We might do a riff on the frozen cavemen idea (We discussed that one as well here), the dreams in a deep cold sleep, and set the scene in a family gathering.

One thought on “A Deep, Cold Sleep”