This Week’s Prompt: 42. Fear of mirrors—memory of dream in which scene is altered and climax is hideous surprise at seeing oneself in the water or a mirror. (Identity?)

The Relevant Research:Mirror Mirror On The Wall

My first dreams were fine. I didn’t even think they were dreams, while having them. I remember entire lives, and I guess the first of those is the one to start with.

The dreams started well after the the machine was running. They weren’t that bad at first, run of the mill nightmares. Falling through the floor, skin flying off, loud winds, that sort of thing. I wasn’t too concerned, at first. We were busy and wondering on dreams isn’t exactly a productive use of time in a facility like ours.

Of course, it really was the reverse. We really should have been paying more attention to our dreams. Dreams and visions are the secrets to the Kingdom and such. But I didn’t. I sat down at the control desk next to Dan, looking over the hollowed column of shining silver. Purified, rariefied, polished silver. A mirror of lunar metal, a hundred huddled faces staring back at us with the same coffee addled anticipation as us.

“Alright, calibrating now. Control, are you there?” Dan asks, twisting one of the many many dials on our desks. There was a buzzed reply.

“Think we’ll get something this time?” I asked, flicking a few switches. The column began to bend, the reflections forming a callidascope of reflected images, only a few showing our complete faces. Dan shrugged.

“Beginning oscillation.” I said into the intercom mic. The all clear came back, and with that the screaming started.

Oh, no, not from anything horrible done to us. Not yet. No, the sound was a recording, or a set of recordings. I moved the pitch up and down, watching it echo through the mirrored chamber. Little rippls and cracks formed along the edges of the mirrors, and the reflections began to distort. The Bloody Mary principle seemed to be coming through.

The idea was pretty simple, and for an occult science, fairly sound. Noises near mirrors caused disruptions, misforutunes, called up terrible entities and ghosts. There was a great deal of potential in that in-between space that was just on the otherside of the mirror. A thin barrier that, with the right amount of pressure, we hoped to crack.

Based on studies, we reckoned there was something to learn from the other side. Something about what the foundations of the world are, or perhaps what lies beyond our own. What is inimical to life, does anything transcend our petty corner of reality to all cosmos? Do we have like-minded thinkers to await us?
So we built a machine. We found the noises that pierced the soul, that drew attention best. We found perfect mirrors and arranged them in thousands of angles. And now, Dan and I spent hours blasting them with simulations of screams, waiting for a ripple to spread, a sign that the other side had heard back. It wasn’t exactly the most pleasant work. It wasn’t surprising that at night my dreams were, as I said, a tad disturbed.

But we really should have noticed. Should have asked, should have talked about it, in case…well, I’m getting ahead of myself.

That day was unlike other days, in a way you have probably anticipated. You see, for once, the mirror began to flicker, the silver began to peel like paint and ripple like water. The reflections bent and burned, eyes widening, subsumed by great pupils that became darkness as they were torn open to reveal something new. Something that wasn’t on our side of the shining fence.

And then…darkness. There was still the screaming, the modulation stopped where the dial left it, a low and deep sound that almost resembled a dying whale’s song. There wasn’t anything else, just an inky black so complete that I was certain I was sleeping, if not for the continuous screaming.

When the lights came back on line, when the world started to fold back to itself, it looked different. The first, most obvious difference was the column. There was a hole, lined with the mirrors, extending backwards. I couldn’t tell, just looking, how far back the hole went. The lights didn’t reach all the way back, and even if they did, reflections would make just visually measuring the depth hard. Okay, that was an after the fact realization.

No, what struck me first after the ‘why is there a hole in the middle of the machinery’ was, well, ‘What had knocked me and Dan over and was Dan breathing?’ There was broken glass everywhere. When I started to pull myself, up I had to stop because my hands felt like they were full of needles. Something had gone horribly wrong. There were alarms going off now. I ignored them like I ignored the other loud peircing noise and push-crawled to Dan. He looked alive. He seemed to be breathing. His breath fogged up a bit of glass I could barely hold over his mouth.

After that, some emergency folks came in. I lost consciousness again.

I didn’t wake up in a hospital bed. I woke up, first, in a room. A plain room, with curtains around every wall and a breeze coming through. The tile floor was cold to walk on. I stood, staring at my hands that seemed fully healed. As I stared at them, I saw things moving beneath the surface. Worms crawling in my skin. It didn’t bother me much.

There was nothing else in the room, but it felt more like I was swimming then walking. It wasn’t hard to move, but it was…heavy. I looked around some, pacing around the place I had been lying. There wasnt any furniture, but the floor had felt like a bed before.

With nothing else to do, I wlaked toward one of the curtains and grabbed it. It felt like human skin. I pulled and pulled at it, to see what was behind it. Just when it was about to give, I woke up again.

I woke up this time in the hospital room, with curtains surrounding me and the beeping of machines beside me. This was to be expected. I had been in accident. There were people talking, silhouettes I could make out, all in hushed voices. Something had gone wrong, that much was certain. Someone behind the curtain sounded nervous, afraid.

There was a pounding on the door. A man gestured towards it, I assumed. He then peeled back the curtains to get a better look at me.

“Hello, David? I’m Doctor Stevens. Nod if you understand.” the Doctor said. He was wearing a face mask, and saftey goggles. Excessive, I thought, for what my condition was. I lifted my head a bit. My neck really hurt. But I managed to nod. My hands still stung as I tried to move them.

“Okay, great. Now, there was an accident. Do you remember the accident?” the Doctor asked. More pounding on the door, some shouting. I nodded again. My mouth felt dry, really dry. I worried if I opened my mouth, I’d suddenly speak only ashes.

“Alright, now, do you remember who was with you in the control room?”

“How many people where in the control room with you?” the Doctor asked. I heard wood cracking. The door was breaking. I turned slowly towards the noise to not hurt my neck anymore.

“Ignore that. How many people where in the room with you, David?”

I raised my hand cautiously, holding up a single finger. My hand stung, and I think blood was still running down my palm. Doctor Stevens nodded.

“And after the accident? How many people, before you pass—”

I frowned. After the accident? The security guards I guessed. Counting in my head, the cracking grew louder. I managed to hold up fiver fingers before the door smashed onto the ground. There was screaming and shouting. I squinted to see what was happening on the otherside of the curtains as Doctor Stevens ran.

There was a thing out there, a sillehoute. Hands, on the ground, grabbing and pulling down. I saw Dan walking. No, floating, like some forgotten spectre. He pushed through the crowd as it grew quiet, as screams became choking sobs. I saw his hand…or what was left of his hand, reaching up along the curtain, pulling back at the edge, pulling it aside. I caught a glimpse of maggots festering, a mass of rotting flesh and new born flies pouring from his dead eyes. His pupils, or a black abyss like pupils, was swelling over his face, hanging over his cheek bones.

I woke again. I awoke not far from here, alone in a bathroom stall. New clothes, new skin even. Still felt…well, felt tingly. But when I looked in the mirror, I saw a pair of bloodshot eyes and a face I’ve never seen before. Yeah, this face. I don’t know who Jacob is. I don’t know why my hands still feel like their bleeding. But that’s not important. 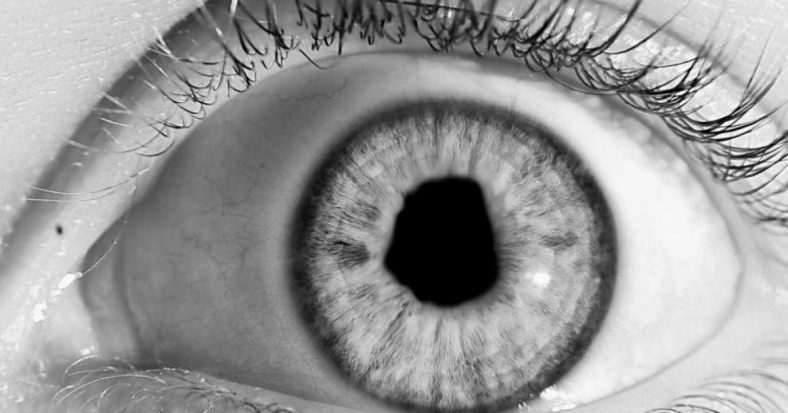 I saw my eyes, detective, I saw them. The pupils are growing wider.

This weeks prompt suffered from a loss of my time. I think the premise of piercing a veil through mirrors has promise, and might be revisited latter. And the pupils feel a bit…well, corny at the moment. A draft more than a story for now.

Next time, we delve into the depths of the earth, and find unsuspecting foes! What will we find below? What daemons lurk in the deeps of the fertile earth?

One thought on “Catoptrophobia”