This Week’s Prompt:36. Disintegration of all matter to electrons and finally empty space assured, just as devolution of energy to radiant heat is known. Case of acceleration—man passes into space.

The prompt this week is one of a cataclysm made by human kind’s ascension to an unacceptable height, specifically beyond the bounds of the earth into the stars. There are echoes of similar stories in both Classical and Biblical stories of hubris that we will discuss before examining the possible story routes this might take, from stories of survival to stories of despair. And perhaps how each could take the form of horror.

Hubris is a tradition among the Greeks for years. It is perhaps best and most famously expressed in the story of Icarus, where in Daedulus is imprisoned by King Minos in a labyrinth of his own construction. Daedalus constructs two sets of wings using wax and feathers in order that he and his son might fly across the sea and escape. He warns Icarus not to draw too close to the sea, or the waves will engulf him, or too close to the sun, where the wax will melt. Filled with joy at his wings, however, Icarus flys toward the sun and then plummets to his death as his wings melt away. 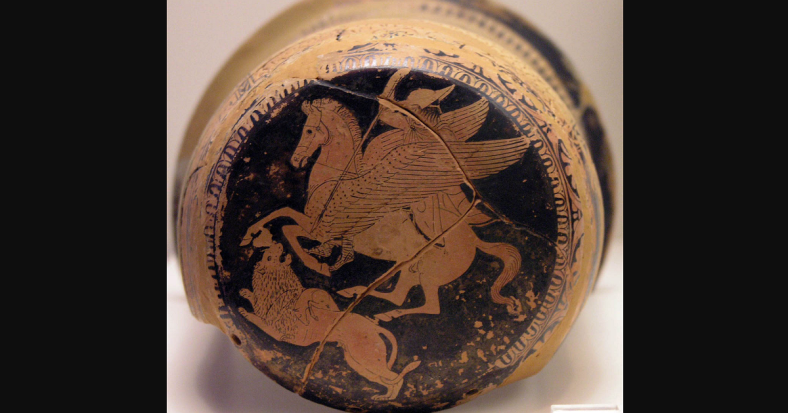 Bellérophon, one of the first heroes of Greek Myth, likewise meets his death in ascending. With the horse Pegasus, he attempted to ascend Olympus after slaying the Chimera. He attempts this twice over Pegasus’s protests. The third time, Pegasus bucks him per Zeus’s instructions, and Bellérophon…well, plummets to his death. 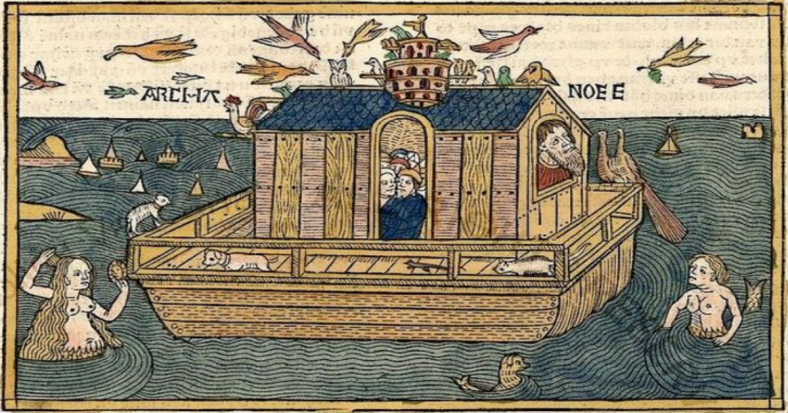 These two stories of hubris, however, are personal tales. The prompt is regarding one of more cosmic significance. And for that, there is the time honored tradition of the deluge story. The deluge is a tradition across the world, and often has something to do with humanities…problems. Among the Greeks, the Deluge was over the decline of Bronze Age man. Among those of the Near East it was due to the noise caused by humans, disturbing the sleep of the gods. The Bible implies, by placement, that the flood was caused by perhaps the Nephilim or the raising of the Tower of Babel. The Maya story varies, but reasons include transgression or neglect of proper duties.

I could not locate the cause of the Hindu flood, which was also survived by a man with a boat. This begins the second theme of these myths: after the deluge, the survivors (if there are any. The Maya story has every member of that race of mankind destroyed) repopulate the earth and often play some role in defining the laws that are to come. This next race of human kind is almost always shorter lived and less grand then their ancestors as well. But they are more pious or perhaps more strongly instructed to avoid offending gods in that way.

The flood then is the means by which the divine punishes mankind for stepping past his bonds. But…well, the heat death of existence is a good deal more permanent then that. Heat death is the reduction of all movement, all existence to nothing. The prompts to something more like the end of Ragnarok or the floods of fire in Revelation, which have a sense of total annihilation. These though are eventually followed by rebirth. The death of the Sun in Egyptian and Aztec myth is more akin perhaps, but still not quite imminent enough.

No we must abandon folklore here, I fear. It is too cheerful and lacks the sort of dread and doom that this story seems to imply. The fear being invoked here is one of emptiness, of annihilation in every capacity. It’s an almost tragic doom decreed by fate. And for that, inspiration might come from the realm of Poetry.

Particularly, the poems around the end of World War 1 come to mine. T.S. Elliot’s Hollow Men at the end becomes that disturbed and doomed atmosphere. The Second Coming by Yeats is much similar, although one filled with dread of a coming future more than a wasteland. There is in both, however, a sense of collapse of the world and everything around it. From these we might create an account of the final days of the universe.

The horror of annihilation must be balanced against the implicate tragedy. After all, while a slow death of existence is somewhat horrifying in the existential way, it is …well, rather dull. By definition, little happens as the universe winds down. It is a whimpering slow death, not the grand death of dramas. How to make that engaging then?

Well, partially this can be achieved by drawing an omniscient description of decay, but a purely descriptive story is rather boring as well. No, it occurs rather more interesting to describe how the last man becomes the last. The wandering of two souls, one on the verge of death, the other weighing whether to follow him into the void that expands forever outward and inward. Or perhaps the person struggles in vain to reverse the collapse? That might be the best yet.

Yes, an island floating in the void, as the ground around it breaks apart, as the plants begin to wither provides an excellent marker of time as things end. Who these people are is another matter entirely. I am not sure myself. I would be in favor of scholars and scientists, stereo typically those most capable of such feats as to hold back the flood gates of oblivion.

That is all I have for this prompt this time. But maybe, in this broken jaw bone of lost kingdoms, you have seen etched something grander. Something more beautiful. Or more dreadful. Similar topics have been discussed here and here.

2 thoughts on “The Gate to Nothing”