The Resulting Story :To the Beginning of It All

Well, this prompt is a bit peculiar. We are grounded in the motion of the narrative, a movement away from home into the past. The view expands both as we draw further back onto a larger horizon and as we travel back farther and farther into time. And of course, per Mr. Lovecraft’s usual, there is a horrifying revelation at the end of it all. Where to begin?

I will skip over how time travel occurs when one is moving at relativistic speeds, primarily because I am unqualified for such things. You, if you are interested, can find some sort of start here. Rather, lets begin by constructing something of a narrative arc out of the basics.

There sadly will not be much in the way of folklore or mythic routes this time until the end of the story, as time travel backwards is not a terribly common trope. Likewise, while some horrible revelation at the origin of all things might have something to work with, this will have to wait.

Rather we’ll start with the first beginning, the impetus for this fantastic voyage. And the clearest cause for that would be that most pure of scientific exploits: exploration. Mankind has been fascinated by it’s past and origins for as long as they have been forgotten, and the ability to view such an event would no doubt foster inquiry. There’s an entire novel in the build up, the people who would devise such a machine, and who would in the end put it to use.

But we don’t care about most of that. Instead, it is enough to say that such an engine has been built and sent a crew hurtling back through time, witnessing from greater and greater distance history flow in reverse. This will be the mid section of two great bulks of writing, as I’ve devised it. We must have an introduction to our characters, the conflicts in their lives, and the rules of the machinery at the start. Then we have this, the voyage itself, where we can include beautiful descriptions of the vision and where perhaps we will include the midpoint for the character conflict. It might instead itself by a the midpoint, a stunning display that changes the perspective on the world. 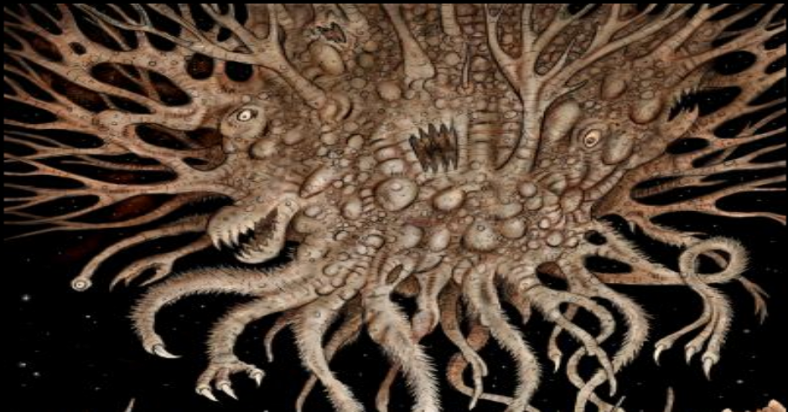 And the high point, the climax, the horrible revelation. And it is a…well, I hate to disparage Mr. Lovecraft, but there is a certain obsession with horrifying origins isn’t there? I could talk of Chaos and Tiamat again as I did here, but I feel we should move in a different sort of horror then here. The first thought is a taint the crew creates by it’s finally stop in the past. That some how, at the end of the journey, they damage things irreparably. This notion is not uncommon in pop culture time travel stories, and is often half the reason to have them. Alternatively, the voyagers ensure some great calamity they sought to stop, dooming them tragically. This also is a common complication, and thus not one I’d like to entertain.

But a third option presents itself as I think about all of this. What if we reverse the nature of the contamination, so that it’s no longer damaging the past but the future? What if something in those first few glorious moments of existence was extinguished long ago (and for good reason) and now, by means of this craft, finds it’s way back?

Now that we have the basics of the plot, we should lay the ground work of a setting. Given the nature of the prompt, the setting here is worth spending sometime ruminating on. We are dealing with something like an elevator or bottle episode: we have a small cast in the same area for almost the entire story. Sure, they might look outside the window to see history whirl past. There is a vast expanse, however, of characterization and atmosphere that can be imbued within something as small and claustrophobic as a spaceship. 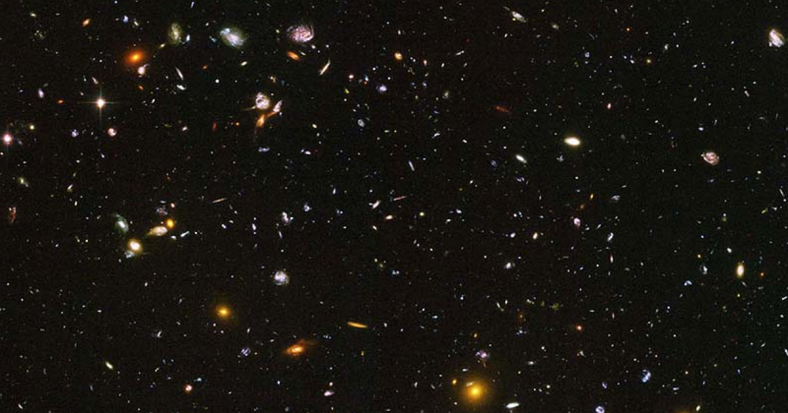 This is apparent in not only works of horror (Event Horizon and Alien both seem rather relevant here), but in science fiction in general. The feel of the Enterprise is fundamentally different then that of the TARDIS.

So what about ours?

Well, our ship is best served, it seems, by a contrast to the strangeness flowing outside. An articulate, clean, neat, and white room with a large viewing mirror might serve to separate it from the swirl of lights and colors and darkness out in the void of space that grows and grows. More importantly, it is easily susceptible to whatever form our primeval corruption takes. Alternatively, we might make it something more lived in. A place that is familiar to the modern reader, like an airplane or a…well, sea ship. Circular tables, nice seats and benches, drinks about. The parts of truly human life. Disruption to this shouldn’t be too hard, and it would move things away from the sort of clinical future that is more common these days.

Now we have a what happens, a where it happens, a vague notion of when (honestly, with times being what they are, is it any matter if it’s in a century or a millennia?), but not a who it happens too. So, who do we need for this little story? Who needs to see the start of everything?

I should mention now that I am in the midst of reading some science fiction myself, namely Dan Simmon’s Hyperion. The book hands questions of knowledge quite well, and I might take a bit from it in the broad strokes of some of it’s characters. Namely, we have in Hyperion a Scholar, a Poet, and a Priest. Each by profession bears a different understanding of what we might for a moment call philosophic truth. Each communicates knowledge in it’s own way. And thus each might present an interesting opportunity to explore this corrupting force from the start of the world. 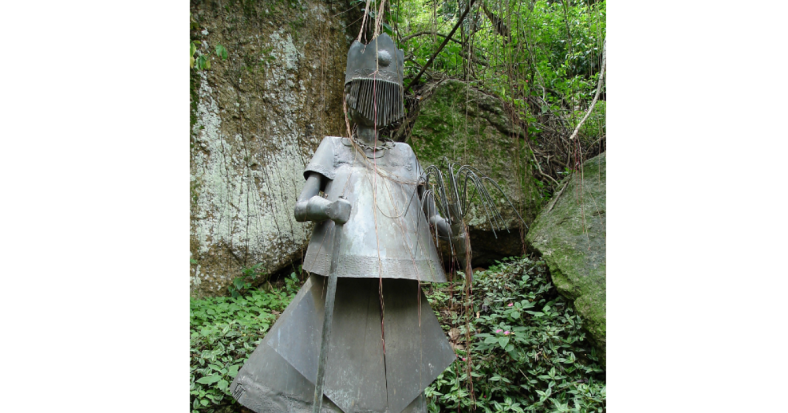 The more I think on such a force, the less I like calling it corrupting however. I feel a more direct analog to creative forces might serve us better. Fire. Fire as a force at the start of existence has deep roots. The Eddas refer the fire of Muspelheim, the Yoruba of West Africa have Oya, and the reforming nature of volcanoes has been noted in the Pacific. All this in addition to fire’s…loaded symbolism as destroyer, refiner, creative spark, and maddening pain makes it a better start I feel than an abstract corruption or malady. Rather, some of that first fire at the dawn of all things follows the shuttle back.

And what happens when it returns? Hmph. That is a question I don’t yet have an answer too. I suppose it does what an especially creative fire does. Consume and filter and refine the world in the image of it’s wielder.

What did you dredge up from the edge of space dear reader? Have you seen some other horrid revelation sweeping the nations?

2 thoughts on “The Start of It All”