So, we have a rather scientific entry this time. Calamander wood is a striped wood, which to mine eye seems to be a tiger. The wood has been extinct for two or three hundred years, making any such wood quite valuable indeed. In fact, such a piece would be irreplaceable.
Now, onto location. Ceylon is the old British name for Sri Lanka. And what can be said of the island? Well, of note, it is one of the most religious countries in the world. It was, in time, like much of India, conquered by the British. But most interesting to me, as is common, is the folklore of the place. In folklore the seeds of strange and disturbing stories grow. A recommendation to peruse folklore circles when you get the chance, fellows. They’ve saved me more than once. 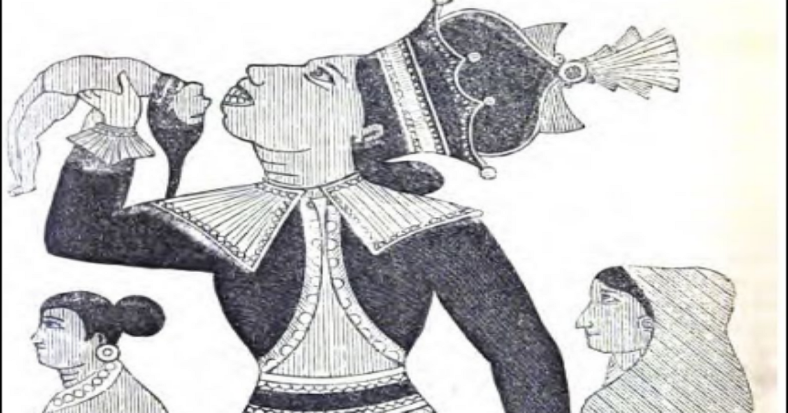 The folklore of Sri Lanka is full of strange demons. The most peculiar common rule of demons, however, on the island is that they may not directly harm a human being. They may, of course, send disease and misery his way, or delude and deceive humans form their tasks. But their very Job-esque prohibition (from their own king) ensures they never directly harm anyone.
This, for horror, is superb. It means the spirits of terror, by nature, build suspense. Their actions are all, by definition, implied and uncertain. And there is horror in that uncertainty. It should be apparent, I think, why mysterious invisible creatures wrecking havoc on a man’s life would be frightening. Particularly since from such fear and terror and misery they derive sustenance from it.
Given further the value of the material, and the necessary age, a haunted relic would not be out of place. The various demons, like many supernatural creatures of the sub continent, also posses powers of maya or illusion. Such things aren’t unusual for the supernatural (in fact the fae in their turn use glamour as well) but in a horror story, it is always good to have your full tool box ready.
Additionally, the coloring of Calamander is important. Such dark stripes are reminiscent of the tiger, a creature that allured and frightened the English mind for sometime. The classic Tiger poem plays this clearly. Playing on this image of a tiger, still and coiled in the wood, could be grand. 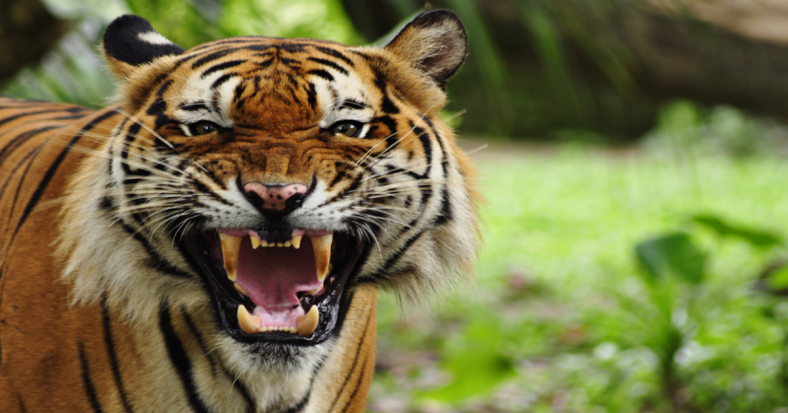 Combine the two and we come across one of the most curious (to my tastes) creatures of the Indian subcontinent: The Rakshasa. Often depicted with a tiger’s head and a man’s body, palms reversed, the Rakshasa are said to be man eaters and unlike the demons of Sri Lanka, they have no prohibition against harming directly. Rakshasa aren’t incapable of goodness, however, and the mythic tribe has achieved great things. Once, according to the Ramayana and other myths, the Rakshasa king Ravana ruled the entire world. The devil-tigers are then something truly terrifying.
What then can we make out of all this? Well, firstly, we should not pin down the precise demon. There is no need (nor want) for a hero/victim to know what they are facing. Our dear Mr.Lovecraft did say that fear of the unknown is the greatest fear of all for a reason. Keeping Mr. Lovecraft in mind and his choice of name for Sri Lanka, it might do well to have a British lead. Perhaps not in the mists of the Isles, but certainly somewhere. Even in Sri Lanka itself would do. This would put our new arrival far from familiarity, and certainly set him into something foreign to his mind. The classic story The Mark of the Beast, by Rudyard Kipling would make a fine resource for this particular unease.
The wood ought to be fashioned into something. A chest or cabinet, from the prompt, are obvious choices, and the quickest route is some sort of monstrous creature imprisoned in them (which, no doubt, endeavors to trick the victim into letting it free by means foul). We should ignore this obvious path, however. Instead, perhaps, we may place our twin demons against each other. Or the appearance of such. Something foul that is sadistic may try to prevent the object of their fun from releasing something murderous. In this case, the two forces at work produce twin manipulations. If the chest simultaneously attempts to lure and dissuade its owners from opening it, it is no surprise it might be abandoned or it’s owners gone mad.
Of course, there are alternatives. An exquisite chess set, for example, might work. A game such as this, something that has the veneer of the familiar, might be a better object. For while the unknown is terrifying, the complete stranger is simply baffling. Far more frightening is the demon that between torments moves its pieces and plays something of a human role. For, in that case, the diabolical is not far from the human, the perception of savagery and civilization more of an illusion.
Add to this the nature of the British Empire at the time of Mr. Lovecraft, a seemingly perpetual decline, this blurring of boundaries is appropriately frighting. We must be careful, of course, not to portray the Empire as civilized and the colonies as backward or barbaric except in the mind of our Englishmen. It’s something to most seriously avoided.
But certainly, there is arrogance to be shaken.